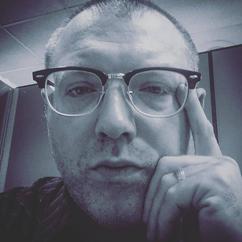 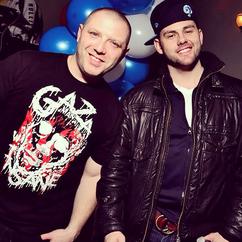 Ted "Dr.TKO" Panagiotis grew up in Pawtucket, Rhode Island. He is the son of Jane and Peter "Pan" Panagiotis, a Hall of Fame surfer. His parents brought him up listening to reggae music, a genre that made a profound mark on Ted. In his early years working at his families' surfboard shop, The Watershed, Ted was introduced to Wilson Blue, who at the time had one of the very few reggae bands in Rhode Island. The Watershed was one of Wilson Blue's sponsors. Hailing from Montego Bay, Wilson hung around the shop, exposing Ted to the Jamaican culture. Peter Pan's early introduction to reggae surely can be credited for some of the musics' influence in the skateboard and surf culture. Ted's cousin picked up the influence early on, and went on to become dancehall artist Billy Lightning.

Ted also was heavily interested in the sport of professional boxing. With his parental support, he started covering boxing as a journalist at the young age of 13, providing boxing commentary during his Dad's sports & surf report on 95.5 WBRU, Brown University's college radio station. It is there he was given the nickname "Dr.TKO." He went on to cover boxing for "The Nicepaper" - a weekly free publication, "The Pawtucket Times" - the daily paper covering Pawtucket, RI, and what was the most up to date boxing news source prior to the Internet, Flash/Pro Boxing Update.

Early in his high school years, Ted began working for boxing promoter Jimmy Burchfield. Ted went on to work for Burchfield's Classic Entertainment & Sports for over 15 years, handling publicity early on and than graduating to matchmaker, where he was named NABF Matchmaker of the Year in 2003, becoming the youngest to ever win the award. Ted is still involved with professional boxing on a part-time basis.

In 2001, just after graduating from Northeastern University, Ted's Father decided to close The Watershed after over 25 years in business. Ted decided to open his own shop called "Gansett Juice" in Narragansett, RI. In 2008, he passed the shop on to his Dad and his sister, Tricia, who adjusted the public facing name to Narragansett Surf & Skate.

In 2013, having just been downsized from his corporate job, Ted decided to utilize his knowledge of the restaurant business, and the Jamaican culture, to open his own Jamaican restaurant, Half Way Tree. The first location on Hospital Street flourished, but the building was designated for redevelopment and the restaurant was forced to close and find a new home. An exciting new location was secured in 2014, on Smith Street in Providence. However, after being granted a full liquor license, the Providence Board of Licenses reversed their decision due to the proximity of a local Church.

Despite the set-back, Ted refocused the search and took over the kitchen at a venue called the Fatt Squirrel. The contracted agreement would have Ted taking over full control after 12 months. However, the owner of that location, Rob Tomasso, began trying to push Half Way Tree out 6 months prior to the end of the kitchen lease, all but ensuring the end of the restaurant dream.

Thankfully, Ted never lost the love of Jamaican culture and after a year or so off due to the pandemic, he has brought the return of the longest running weekly Saturday night dancehall party in New England, Island Saturdays.

Dr.TKO Entertainment has a tremendous reputation with presenting high quality, authentic and affordable events. Its track record with venues is excellent, having the longest runs in the history of notable Providence clubs such as Club X, Karma, Sidebar, Black Repertory Company, Fete Music Hall and Alchemy, the current home of Island Saturdays.